Next….off to pick up Lisa and to the airport. Thank goodness for Raul and Fernie as check in was NOT straightforward. Lisa had overextended her allotted days in Mexico and had to go to immigration in Mexico City airport to have that extended, before being allowed to board our final flight to Canada. Don’t mess with Mexican Immigration people!

They wanted us to change our flights to an earlier one except there wasn’t space. So as it was, we stuck with the flights we had: Monterrey-MX City, MX City-Vancouver with a 1.5 hour layover which was extremely tight. Ahh the stress, but long story short, she made it happen by literally running through the airport in MX City, and I was on my own escorted by an Aeromexico employee to the next gate.

THAT ASIDE, back to Fernie….

Some background on his job as caregiver. This is an extremely difficult job for someone to give up their lives, to fly to Monterrey (from Puebla) to move into an apartment and live with someone they’ve never met (and may not even like!). Then to look after them 24/7 when this person is at their COMPLETE WORSE, both physically and mentally. They/we are not allowed to venture outside of the apartment grounds, except for grocery trips, and even those are halted when the patient is in complete isolation from zero immunity. For me, I live in isolation and am ‘used’ to it, but for able-bodied, healthy people this is an extreme change in lifestyle, and stifling to say the least.

His official working hours were 8am to 8pm, however, these hours were usually extended by how difficult my treatment was. Plus, he walked into the situation last minute, a week late, as my planned caregiver Julie had COVID. (Sidebar: I learned later that once Julie had got through COVID, she had been assigned to another wonderful patient in Puebla. I was so happy to hear this!).

Fernie was dropped into a really stressful situation as he had not planned to work as caregiver for February, but was informed last minute he was told to go to Monterrey, and was basically on a plane the next day to look after me.

I am an intense person, with a lot of physical needs/disabilities, and no doubt Fernie probably had a lot of reservations. As it turned out, through the 3.5 weeks together, I was his most difficult patient of all the ones he had had. Sometimes the worst times, bring out the worst or the best in people, and luckily the latter was what happened.

He hoovered over me when I was the sickest, watching with hyper-diligence for any signs of need, and apologetically asking me continuously what I needed. He made suggestions and endless trips to the local grocery store for food items that I could tolerate when my nausea/diarrhea was at it’s worst.

He wouldn’t leave me when I was comatose and always told me to call out at night if I was in need. He would get angry at me sometimes when I later told him I had fallen or was dizzy, and never told him. (What can I say….I am staunchly independent?). But I had to relent always, and let him take over. That was the deal: he was the boss and I was the patient. He knew exactly what to do and when to call the docs for direction.

Even though I had so many issues, we laughed continuously, shared the same food preferences and healthy lifestyle, plus he was an avid athlete so we could talk the same language (even though I am long since able to be an athlete). It made me so happy when he would go to the gym upstairs and work out with his coach online, then after, we would discuss the workouts.

There really are no words to adequately describe how close we became and what transpired between us.

It was one in a million.

His care for me, and mine for him, was so deep and even as I write this, I can barely contain my tears of complete adoration for this man. He was an old soul even though his physical age was half mine. We connected on so many levels, it would send shivers down our spines almost on a daily basis with the things we shared.

To say goodbye was heart-wrenching. We held each other for so long, I’m not sure how my legs held up.

Until next time my friend….how can I thank you enough…🌹❤️ 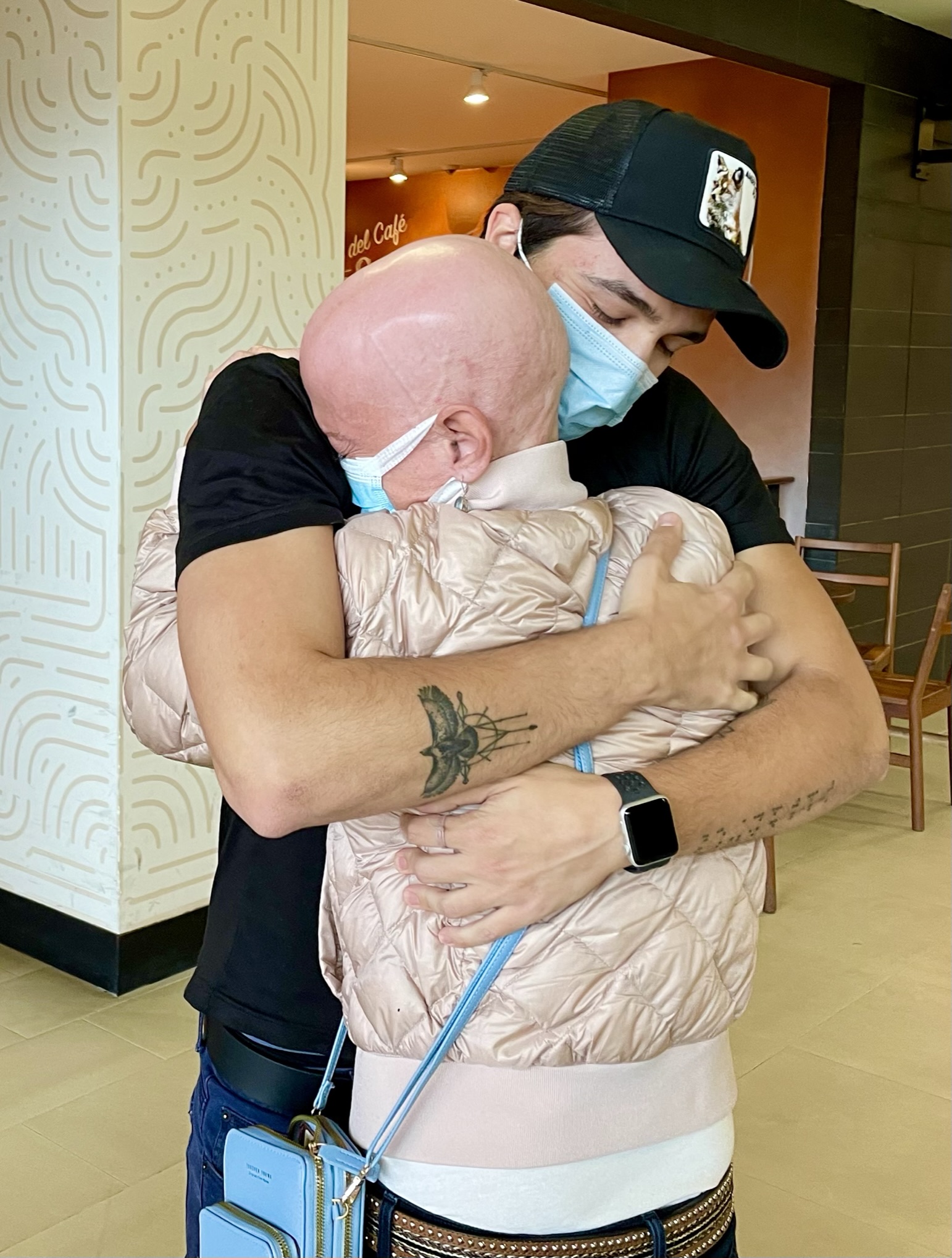 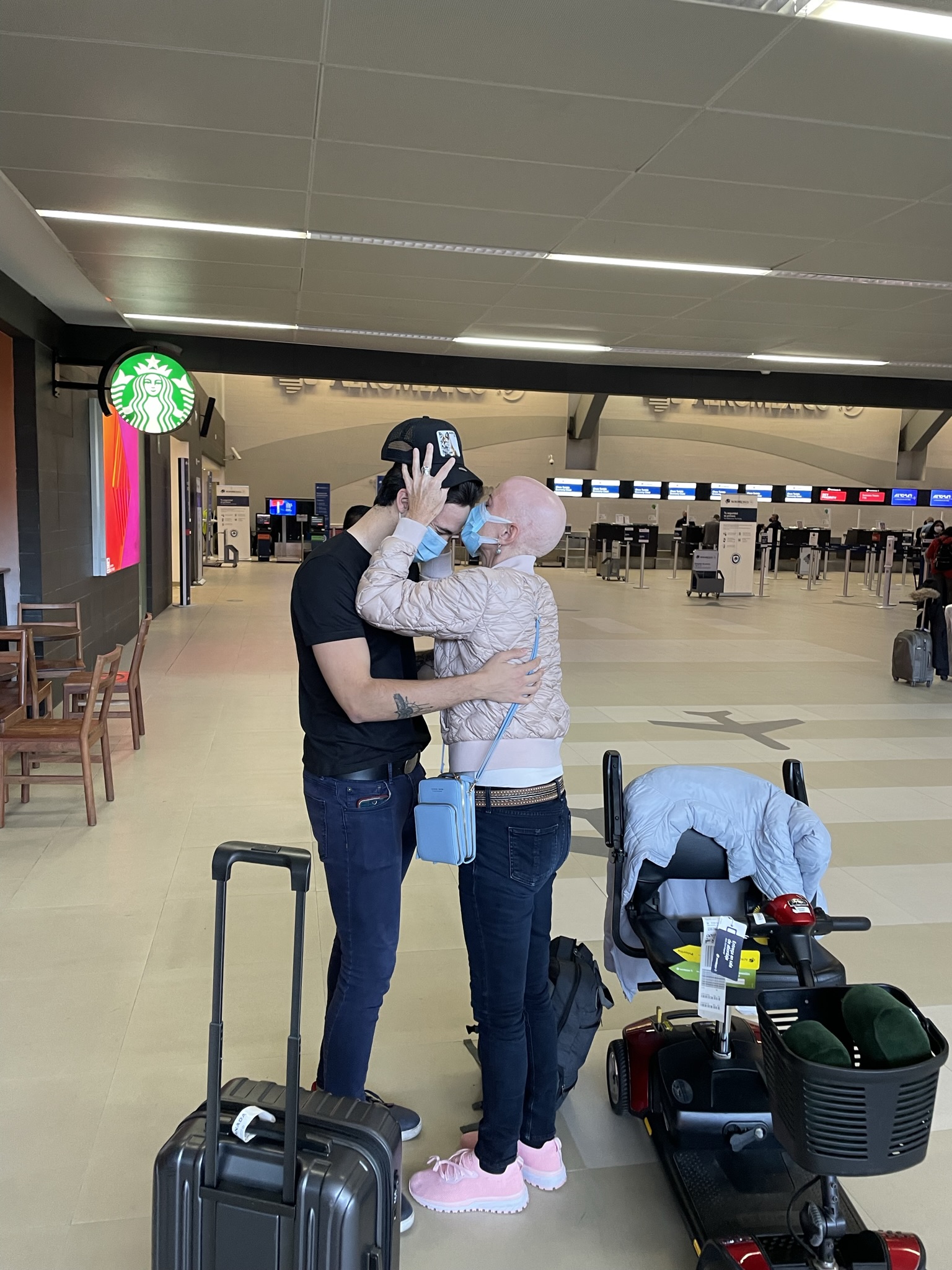