I had a 9.5 hour sleep and was woken up by Julie when the lab technician arrived to do my COVID test, and the first of many blood draws. She said my veins sucked. Duh, I could have messaged her that last week.

Since we had no food except for a few snacks, Julie and I were taken by Raul (the Clinic’s van driver) to the local HEB grocery store. It seemed as large as Fred Meyer (or Costco), maybe bigger, except almost all foodstuff. 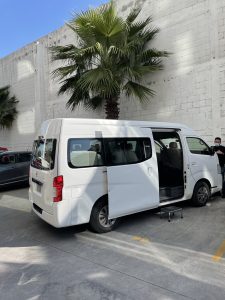 We were there for 2.5 hours (I thought my bladder was going to blow) with me pushing the shopping cart in front, and Julie pushing my wheelchair. In the cleaning products aisle, a man walked up to me and said I had an aura that God was over me and something amazing was going to happen. I thought it was a bit weird to walk up to me, but cool, I’m in for the amazing part. 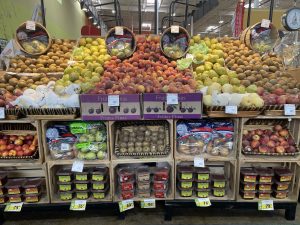 After returning from the grocery store, Julie whipped up something special for us to eat (OMG she’s like a professional chef!), and I was whisked off to the Clinic for four hours of MRI’s, and two x-rays. Luckily, I popped some Diazepam and Tizanidine before heading out as that was a LONG time to stay still. Initially I feel asleep then woke myself up from my snoring. What a ding-a-ling. 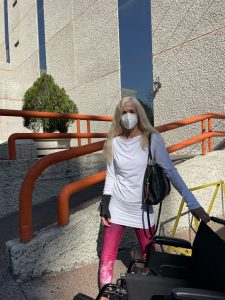 Nothing exciting to report other than getting back to the apartment rather late. Today was supposed to be my ‘down’ day. Hmm…

PS – I have to admit that I break things often. Well, maybe more like a lot. Anyways true to form, I have already broken the faucet head in the shower right off and caused a semi-flood in the rest room. It happened last night, and of course, I had shampoo all over my hair, haha. I was trying to aim the faucet down on me, not straight ahead and crack! Off it came.

The result was a full on horizontal, high pressure water flow out of the tile wall straight into the wall of the other side of the shower. I couldn’t turn it off as I needed the water to get the shampoo off and finish up. The only thing I could think of was to stand (very precariously) on my shower stool so that my head/hair was at the water height. I know not smart, but I wanted out of there fast. I used up all the towels to usher the water back in the shower area, admitted my mistake and offered to pay for a new one. Sigh…..

I had a quick peek again at my Agenda binder, got too overwhelmed and slammed it shut for tomorrow.